Jainism was introduced to South India in third century BC by the order of Emperor Chandragupta Mauryan (321-297 BC). From that time Jainism was well established in Kerala. In 800-1000 AD Jainism wiped out from Kerala. The revival of the Vedic Culture (Hinduism) was the main reasons of the disappearance. People were back into the Hinduism or merged with Hinduism. And Jain temples were also crushed during Tipu Sultan’s raid. 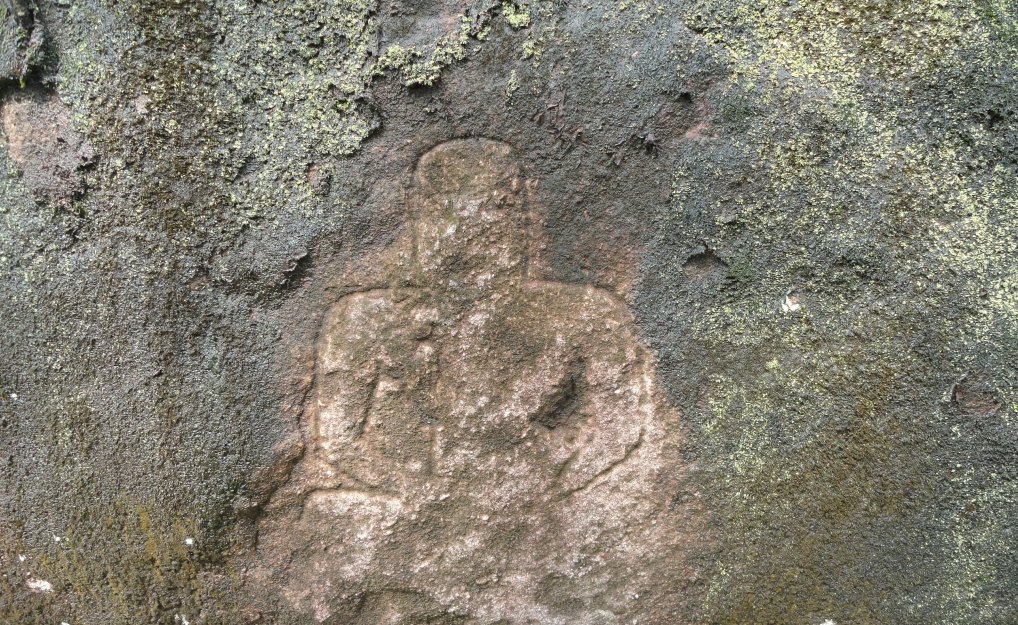 Many Hindu temples in Kerala were originally Jain temples. For example, Kudalmanikkam Temple near Irinjalakuda (Thrissur) and Kallil bhagavathi temple near Perumbavoor. Similarly, several temples in North Malabar was once a Jain temple. At present, Jainism in Kerala has a very small following. Ilango Adigal was on of the notable person of the Jain religion in Kerala. He was a poet and a Jain monk of the 2nd century AD.

Kallil cave temple is sited in Kunnathunadu Thaluk of Ernakulam District in Kerala. Is 22 km away from Kalady. The name ‘Kallil’ means ‘in Rock’. Studies indicate that the inception of the temple might date back to third century BC. The nature made cave temple, located in a 28-acre (113,000 m²) plot in thick forest area, is cut from a huge rock. The rock temple of 75 feet X 45 feet X 25 feet which rests without any proper support. The visitor has to climb 120 steps to reach this rare historic temple. There is an ancient pond that offer drinking water nearby.

Durgadevi is the main deity of the temple. The idol of Brahma is seen carved at the top of the rock. Brahma is also worshipped along with Siva and Vishnu. The temple closes after Poojas at noon every day and poojas are not being done at night. The presence of the Jain deities Parshvanath, Vardhamaana Mahavira and Padmavati devi (worshipped as Bhagawathi by the local population) point to the Jain history of the Kallil cave temple.

This very rock holding on to its position solely owing to Bhagavathi’s grace which may perhaps be called one of the wonders of the world is the unique feature of this temple. This Jain cave temple was to become a Hindu temple in the 9th century AD. Even today Jain followers come here to offer prayers.

I’m Sanjunath.S from Mumbai, India. I like web technologies, traveling & history. I have 11+ years of experience in web technologies like HTML 5, CSS 3, JavaScript, Bootstrap, and PHP.

Latest posts by Sanju (see all)