Harappan city Lothal is one of the greatest Harappan ( Indus valley ) civilization site, excavated in the Indian border. A wide range of amazing antique things excavated from this heritage site. Lothal was a gemstone of Indus valley civilization, like other heritage sites Harappa and Mohan Jo Daro. World’s first dock is found in Lothal, which is dated back to 2300 BC. This site was excavated by Dr. S.R Rao in 1955-1962. 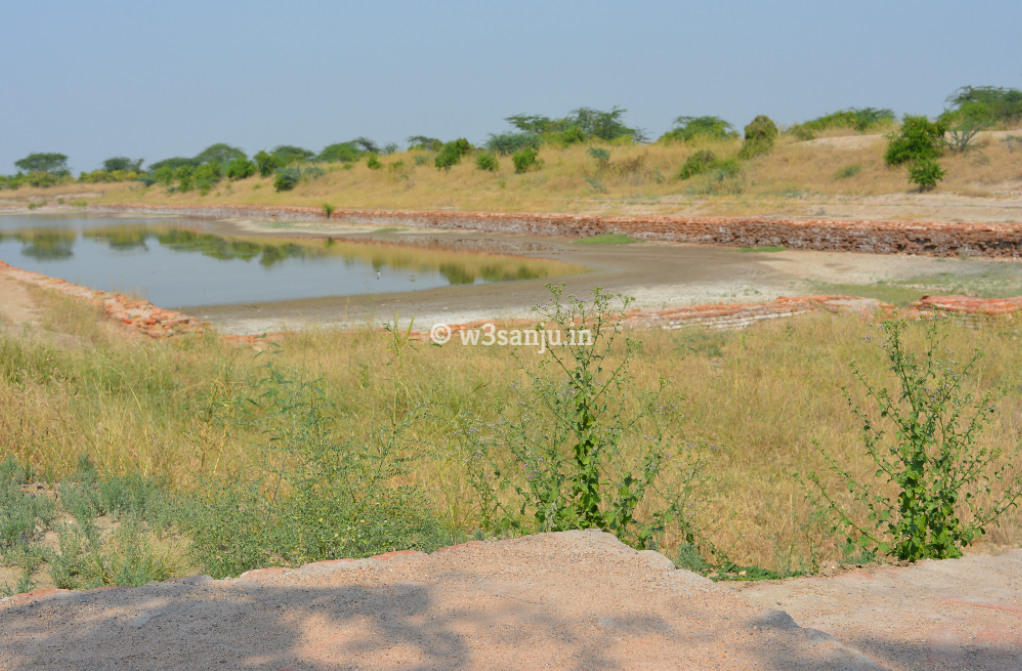 The dock is the main attraction in Lothal. Area of the dock is 37 meters length from east to west and width 22 meters from north to south. Once the dockyard could hold 30 – 60 ships. This would be comparable to modern time’s dockyards of Mumbai or Visakhapatnam. The dock was a hub of sea route trading with Egypt, Mesopotamia & Rome. It is built in 2300 BC and lost its importance because of high flood in 1900 BC The dock and town were well planned by ancient architectures. They build a future city for more than 400 years. This inland port connected Arabian sea via a branch of Sabarmati river. River route has been changed, because of the flood in 1900 BC Then people left the town for a short time period. Later they came back and restored the town. But unfortunately, the port lost importance forever because of the change in route of the river. So, people didn’t try to recover the port. Many warehouses were situated near the dock for keeping trading goods. Warehouses are located 3 meters above the ground level for protecting goods from floods and tides. 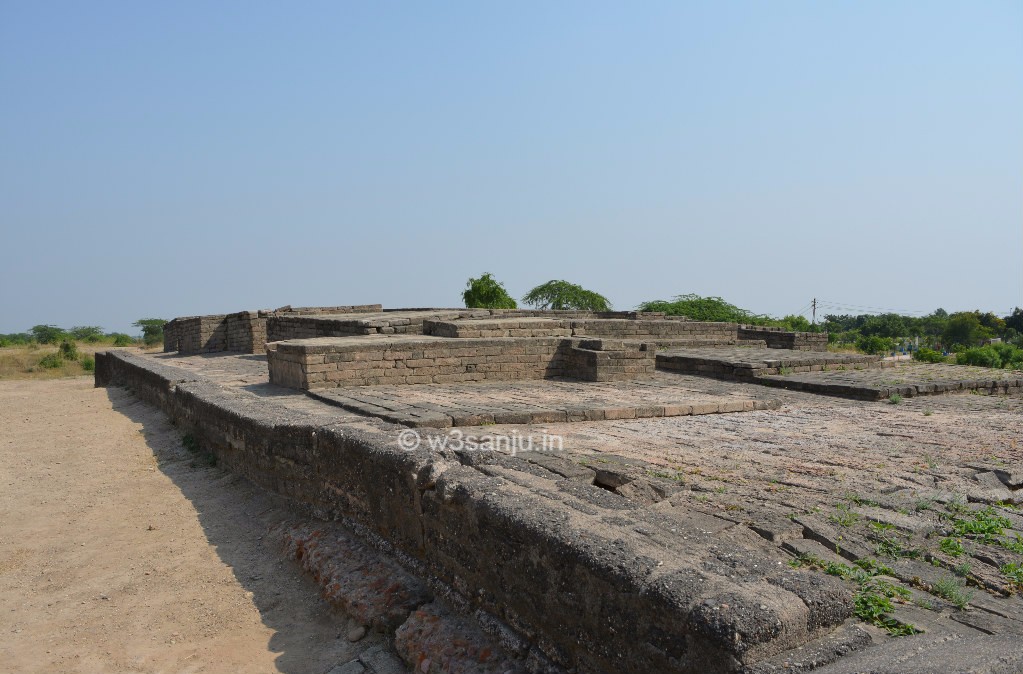 Archeologists found many heritage items from this excavated site, which is dated from 3700 BC. A well-planned drainage system is a hallmark of ancient Indus cities. Lothal also had a good underground drainage system, better than any other ancient civilization. 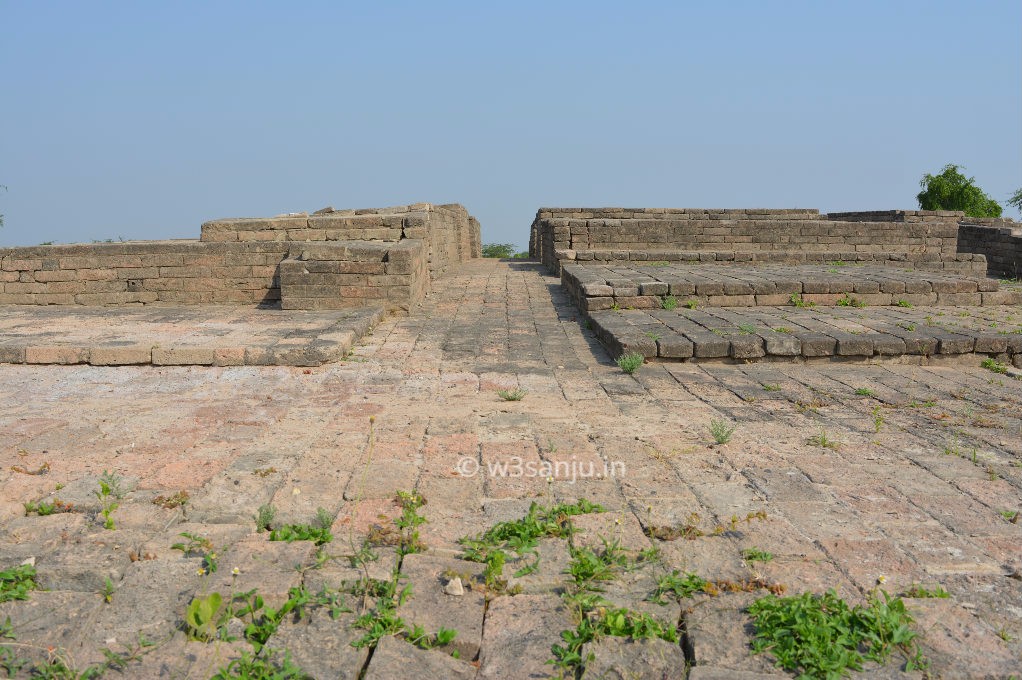 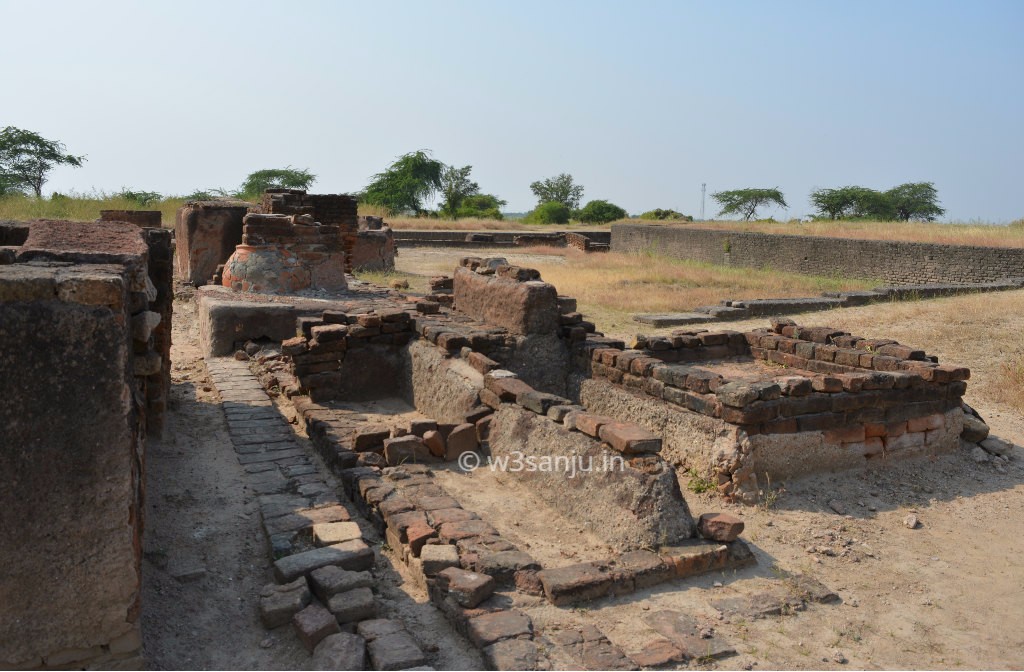 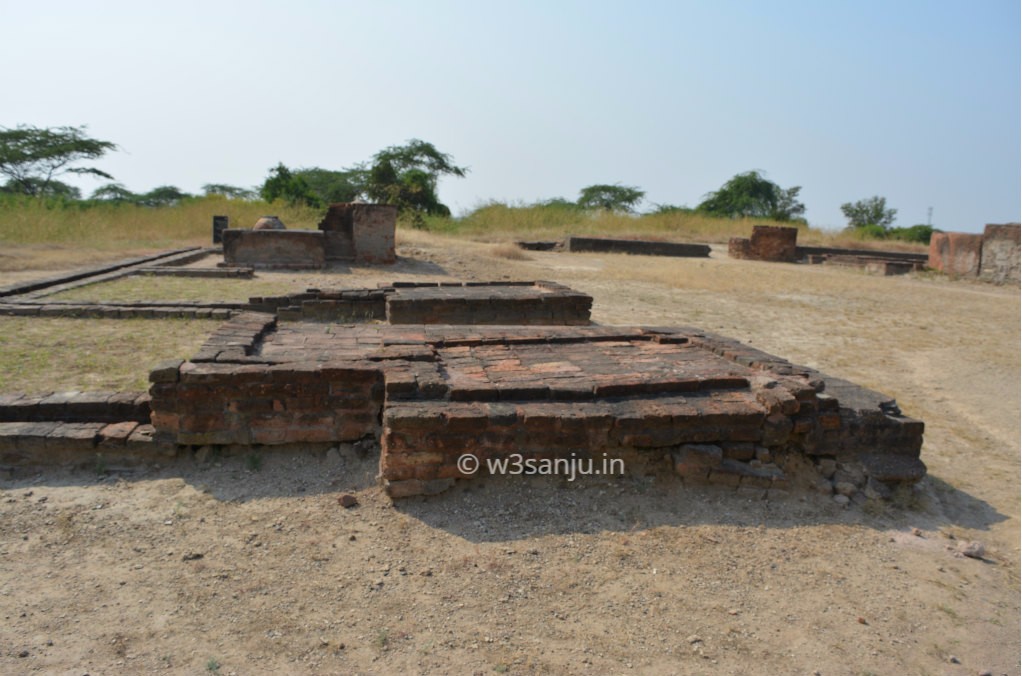 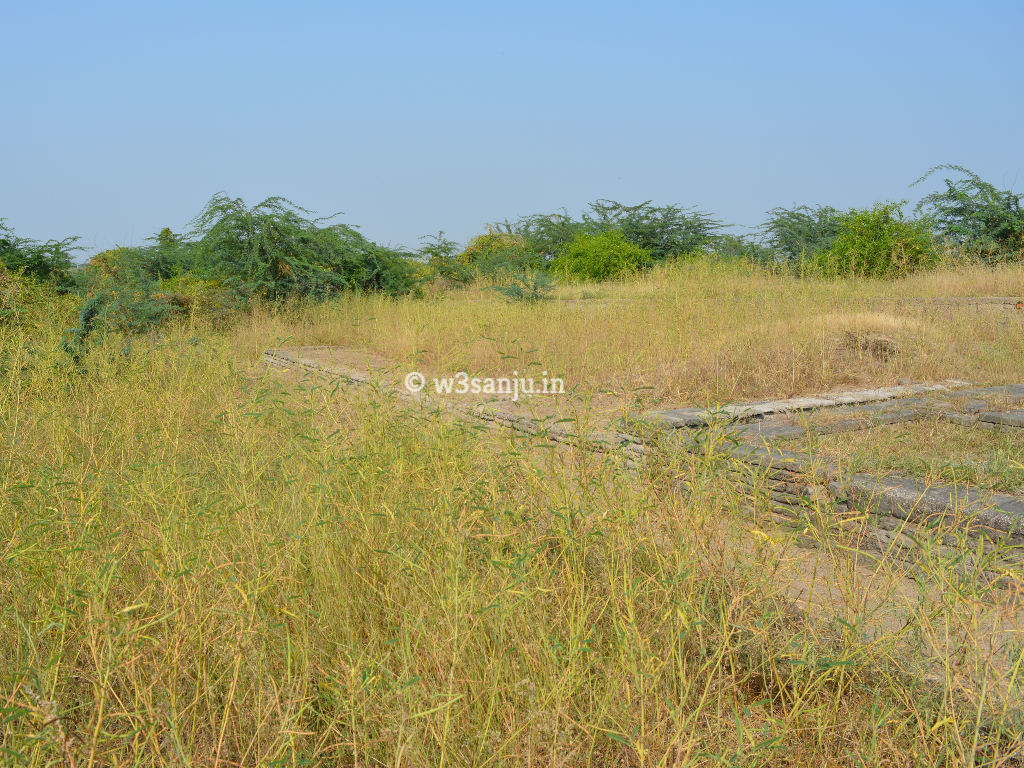 lothal lowertown and cemetery under vegetation

The cemetery excavated at Lothal is clearly separated from the settlement, which had the form of brick chambers. Dead body’s head generally positioned to the north direction. Daily using things like, pottery, ornaments were placed in the graves with dead bodies. That’s giving a clear indication of Harappan people’s belief in an afterlife. Some graves took the form of brick chambers within which the body was placed. At Lothal many pairs of skeletons (male & female) were found in the same grave, like an indication of some form of Sati. :-  https://en.wikipedia.org/wiki/Sati_(practice) 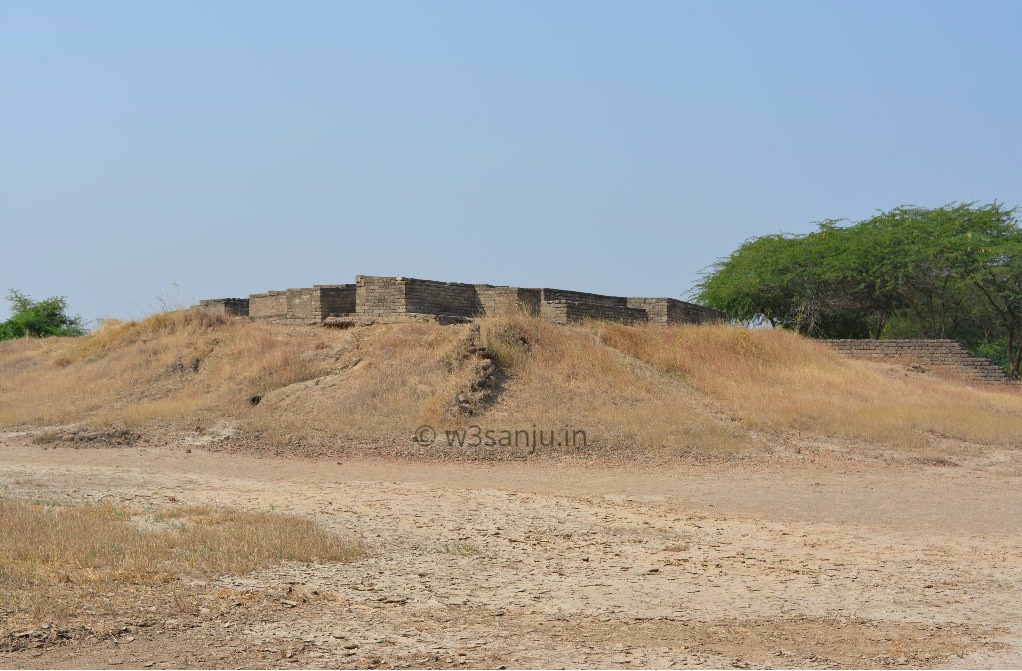 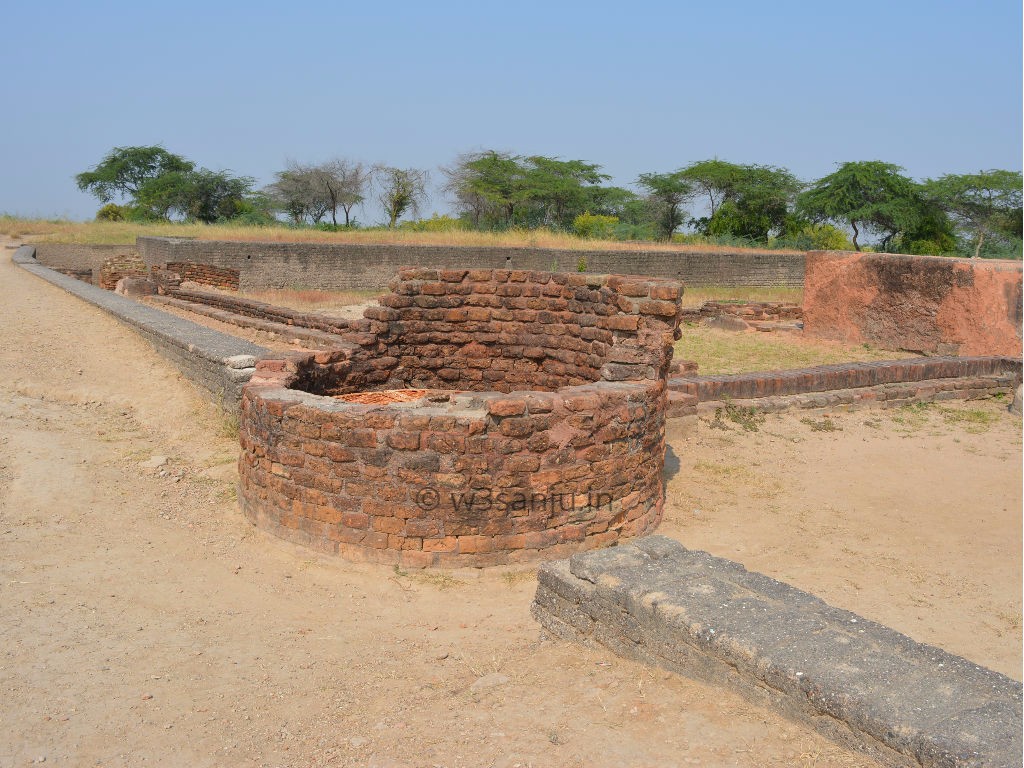 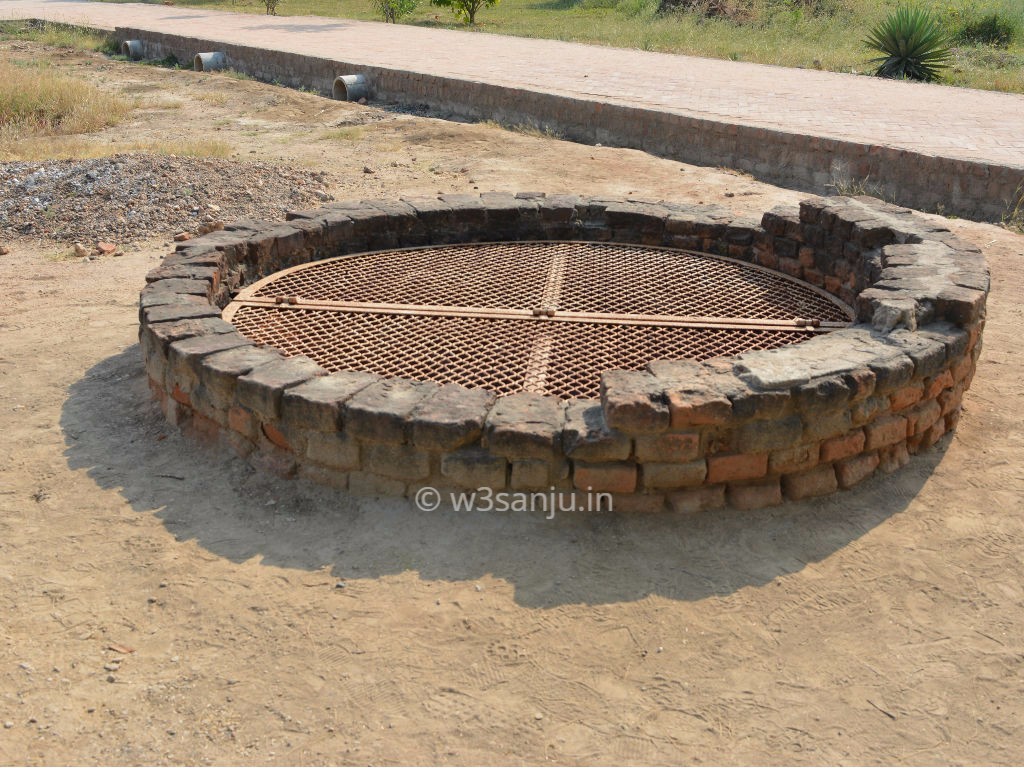 Harappan city Lothal was the only one port-town of the Indus Valley Civilisation. It was a metropolis like London, New York etc. Lothal had trade connection with many countries, Egypt, Iraq, Gulf etc, Some flat stones with grid markings and playing pieces also found, which shows that the Harappan people may have played an early form of chess. 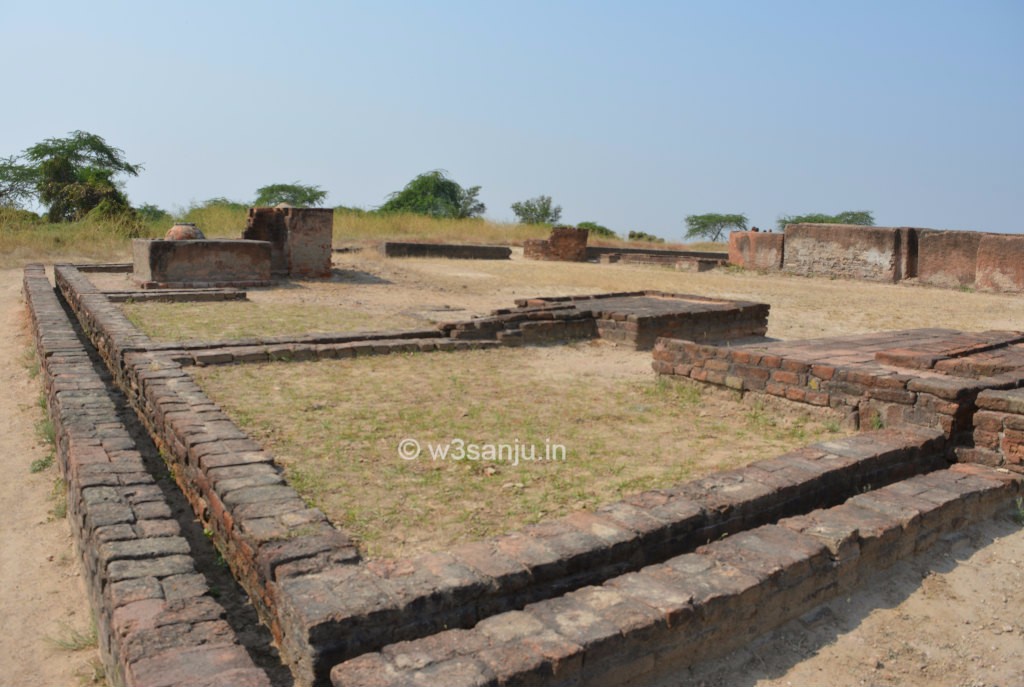 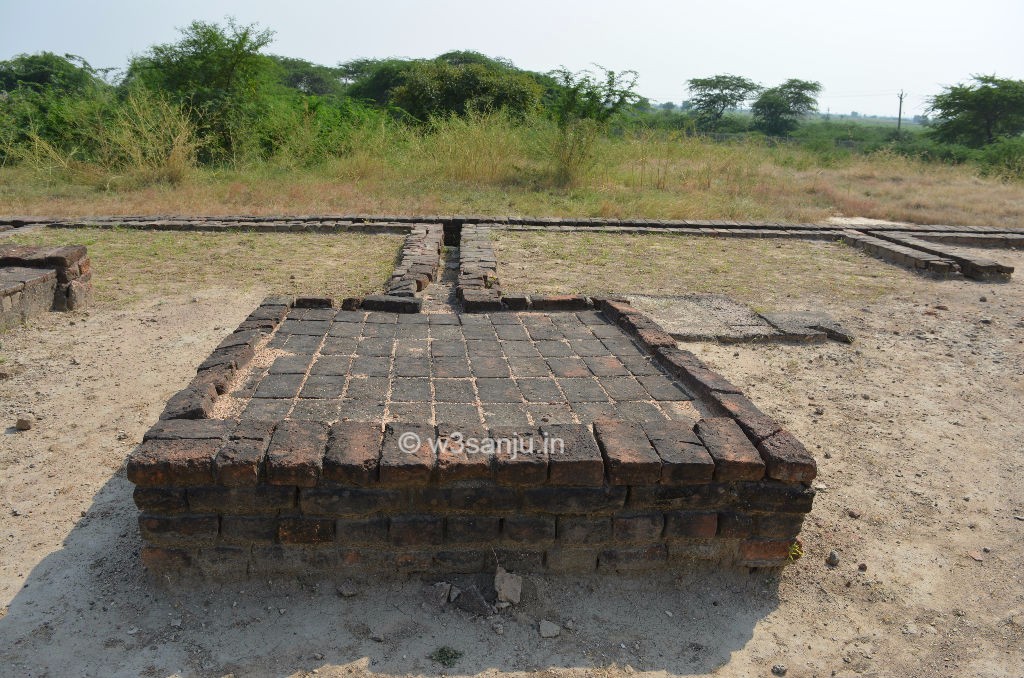 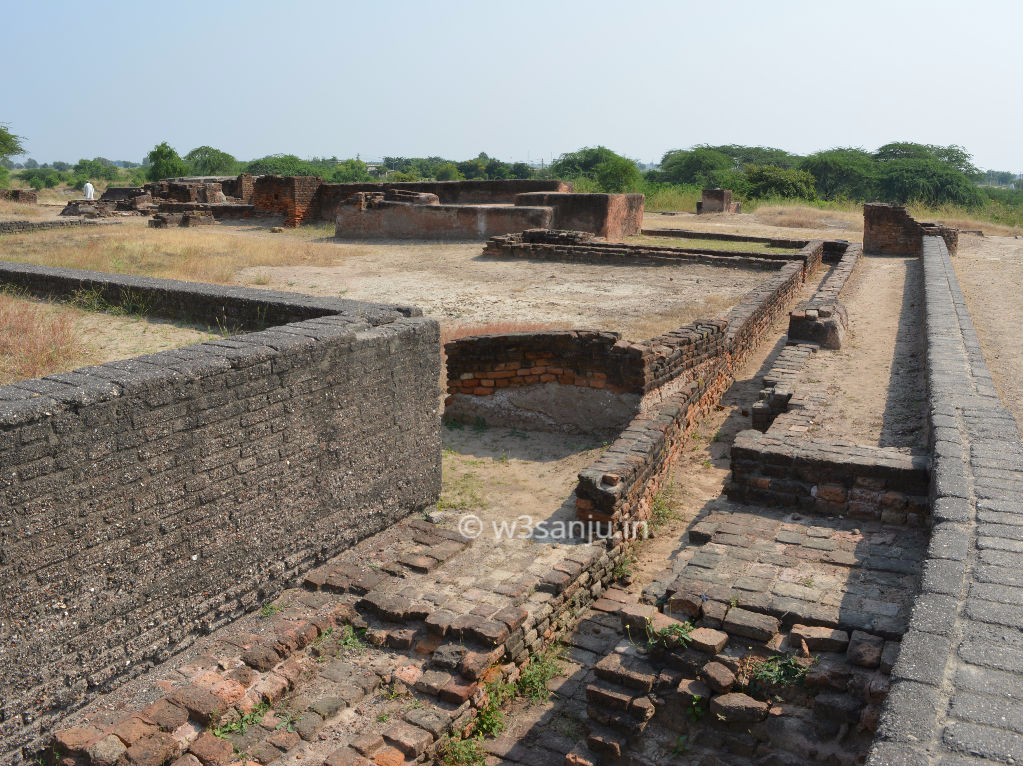 Historians have identified a Harappan city Lothal seal which is showing someone sitting like a monk, the god as Proto-shiva – Pasupathi. Discovery of a large number of cylindrical stones shows that people worshipped Shiv Lingam, the symbol of God Shiva. Those things are considered as the Vedic culture of Harappan Civilisation.

The decline of Harappan city Lothal :
There is no evidence that Lothal town was ever burned or a big war. So natural disasters like massive flood, after rivers changed their course, was the reason for the decline. One more point is climate change. Many pieces of evidence telling, once rhinos, elephants etc., were living that area. Now Indian rhinos living in Himalayan area of India & Nepal. Elephants also not living in this area. So climate change also can consider as a reason for the decline of Lothal. That’s why might be people left the place. People came back to Lothal even after the flood. But then also, they were not able to restore the town. Lothal lost it’s power forever in 1900 BC, because of the course change of river. It lost importance as a center of trade through shipping. Finally, people migrated to other Harappan towns for the living. 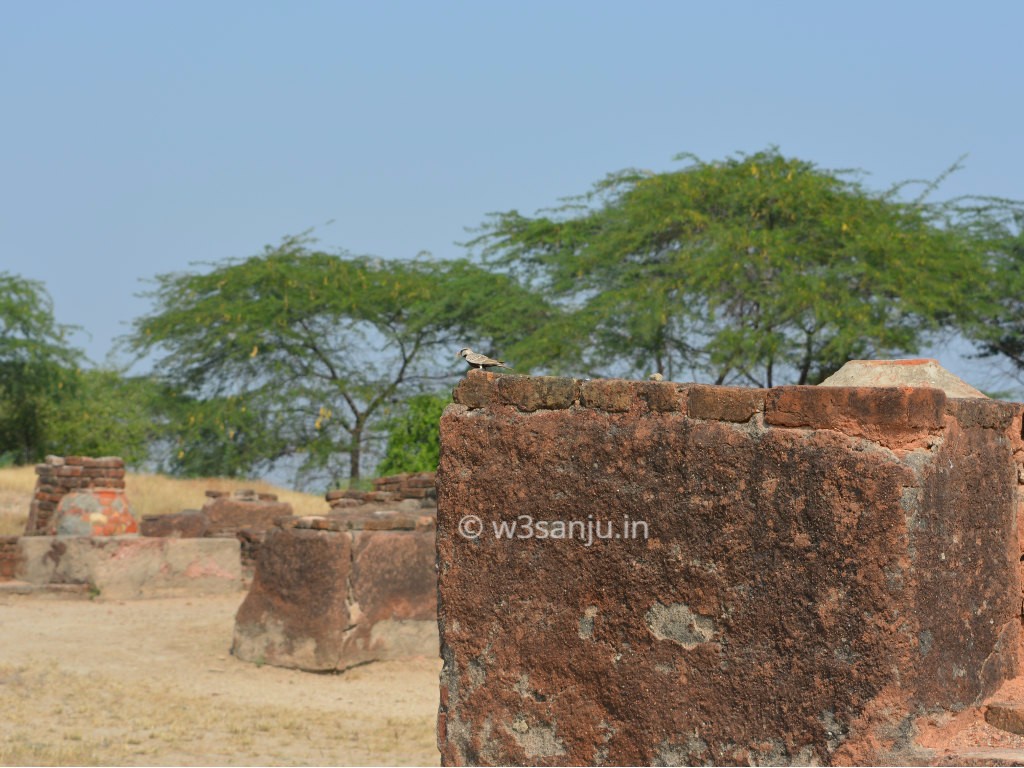 About 800 objects are on display in the museum, which Archeological Survey of India (ASI) got from Lothal – during the archaeological excavation.

Get down near Gundi (Lothal-Bhurkhi) railway crossing. It will take about 2.5 hrs to reach there. Lothal site is located 7 km from this road. Auto rickshaw is available from near railway cross. There is little difficult to get any return vehicle from the Lothal site.